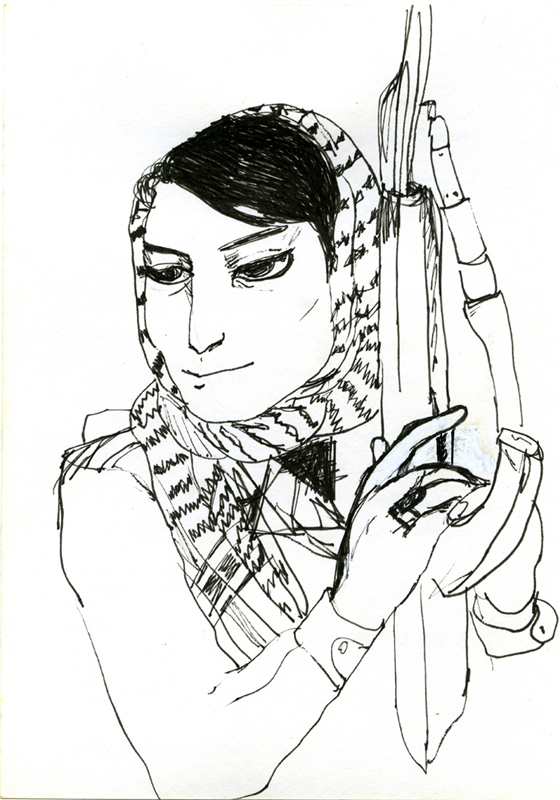 CRIMINAL WOMEN is an ongoing series of drawings that portray women who have been criminal or criminalized legally or socially, for their actions or for their thoughts. The drawings copy images found in newspapers, magazines, books and the internet, exploring the contemporary and historical representation of female deviancy in the media. The series is classified in five different groups: Political Matters, Organized Crime and Common Delinquency, Out Of This Century, Sexual Kicks, and Killers.

The drawings serve as an exorcising ritual for the artist, who channels and exudes her own anger, negativity, criminality, and perversions through the appropriation of each case study and consequent portrayal.

Each criminal depiction becomes a morbid embodiment of her darkest womanhood, feelings, and imagination. There is an implicit fascination with violence, and an acceptance that women can be, think, and act evil.

However, the series is also a nod to women that construct power dimensions that clash with formal patriarchy structures, and profoundly undermine conventional notions of femininity. The recognition of both historical and contemporary criminal and criminalized females (like the recent pussy riot collective) functions as a subjective attempt to understand, trace, and reconstruct an, otherwise masculine subdued, account of eccentricity, rebelliousness, dissent, struggle, and resistance.