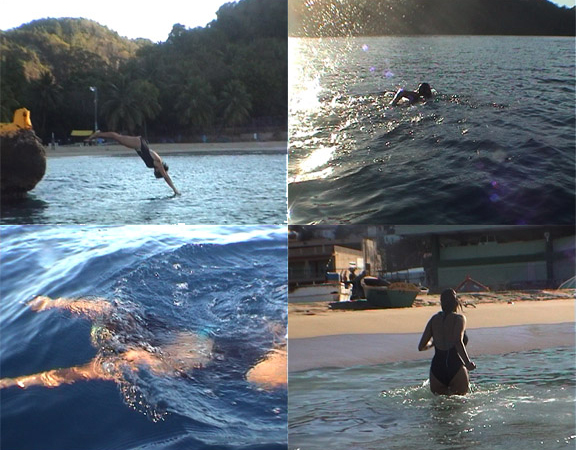 PLANTE BANDERA (I Planted the Flag) reconstructs the act of swimming from shore to shore. It refers to a hypothetical experience of crossing borders and claiming a territory by planting a flag on a pole. The sound track is the song Plante Bandera by Tite Curet Alonso, famous for his unique style which is known as “salsa with a conscience”.

Tite Curet Alonso died in 2005. He was given a hero’s funeral in Puerto Rico. For the video I swam one hour and a half, approximately 3 miles, from Crahsboat beach to Aguadilla Town in the North-West coast of Puerto Rico, where I recently live. The act was both a personal feat as well as a symbolic way of reclaiming the territory.