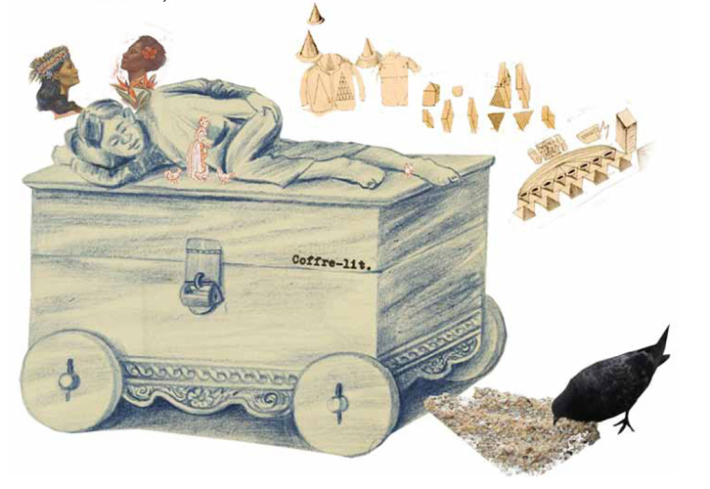 In response to La Triennale, the artist proposes to develop the work Foyer D’outre-mer, a project in which she explores the concept of “home” and its permanent reconstruction, as it directly affects those who experience migration between French overseas territories (DOM-TOM) and the metropolis. The work is composed of two huge “collages” on mirrors that reflect the concept of “home” for migrants, as well as the diverse and intangible affiliations that this concept has in it. Carolina Caycedo observes the relationship to the Other and proposes an analysis of postcolonial mechanisms. The artist approaches the subject principally by using quotes and passages of the people involved that then become part of the large textual and graphic collages printed on mirrors. The creation of the work was through a series of interviews with overseas French citizens now living in Paris or in other DOM-TOMs, but also by doing research in the French Overseas archives in Aix-en-Provence.

The radical construction of the home(s) of the Other, is a way of inviting the audience, in the time it takes to experience the work, into this interpretation of the foreign (Outre-mer). The viewer evaluates himself through the gaze of the Other. The investigation also brings with it an indirect autographical characteristic, in so far as the artist herself lives in these cultural movements. An observation that she uses as a foothold for introducing the public to the subject and explaining her work Foyer d’Outre-Mer.

The work is a meditation on both the condition of exile of every human being, and that of the artist herself: “I left Colombia at the beginning of 2000, immediately after I received my degree from art school. According to the statistics of the DAS (Departamento Administrativo de Seguridad) in Colombia, I was one of the almost five million Colombians who fled the country between 1996 and 2000.” 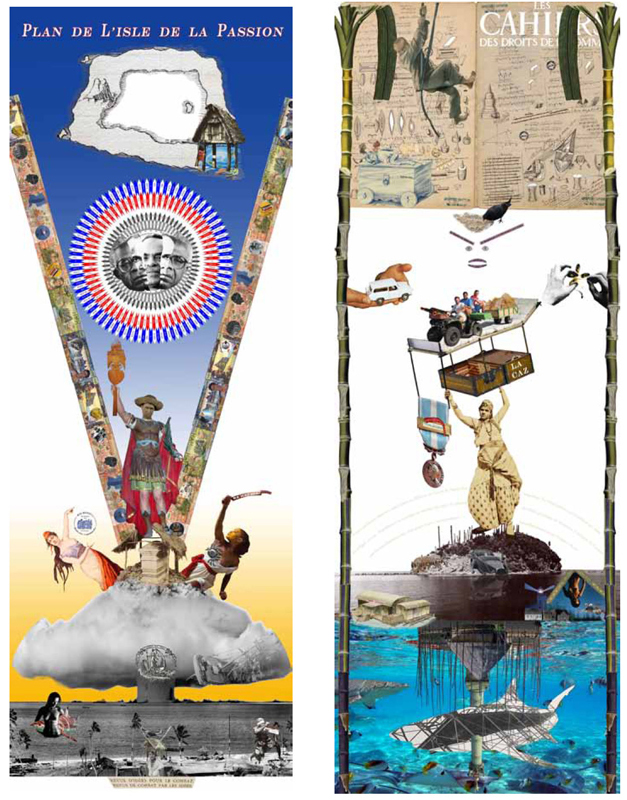