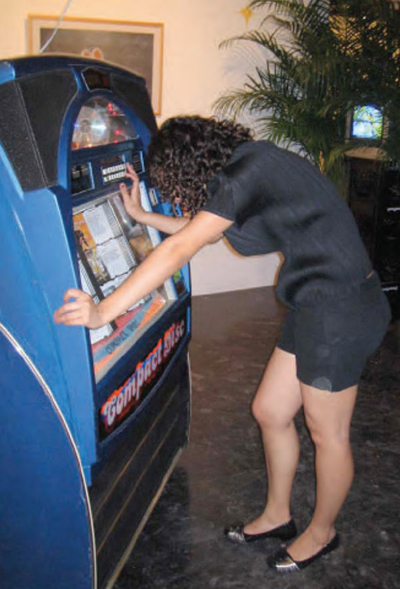 Before hitting the mainstream pop charts, reggaeton was a local Puerto Rican genre called underground. It started back in 1990 and each year, since then, an average of 90 to 120 CDs are pressed a year. Solo Under is a historical compilation of 100 reggaetton CDs, spanning from 1990 to the present. It includes some special mixes put together by the artist, and it offers a personal interpretation of the genre’s evolution. The jukebox works as a communal sound system, where a personal selection fills the public space and hits the ears of other gallery visitors.