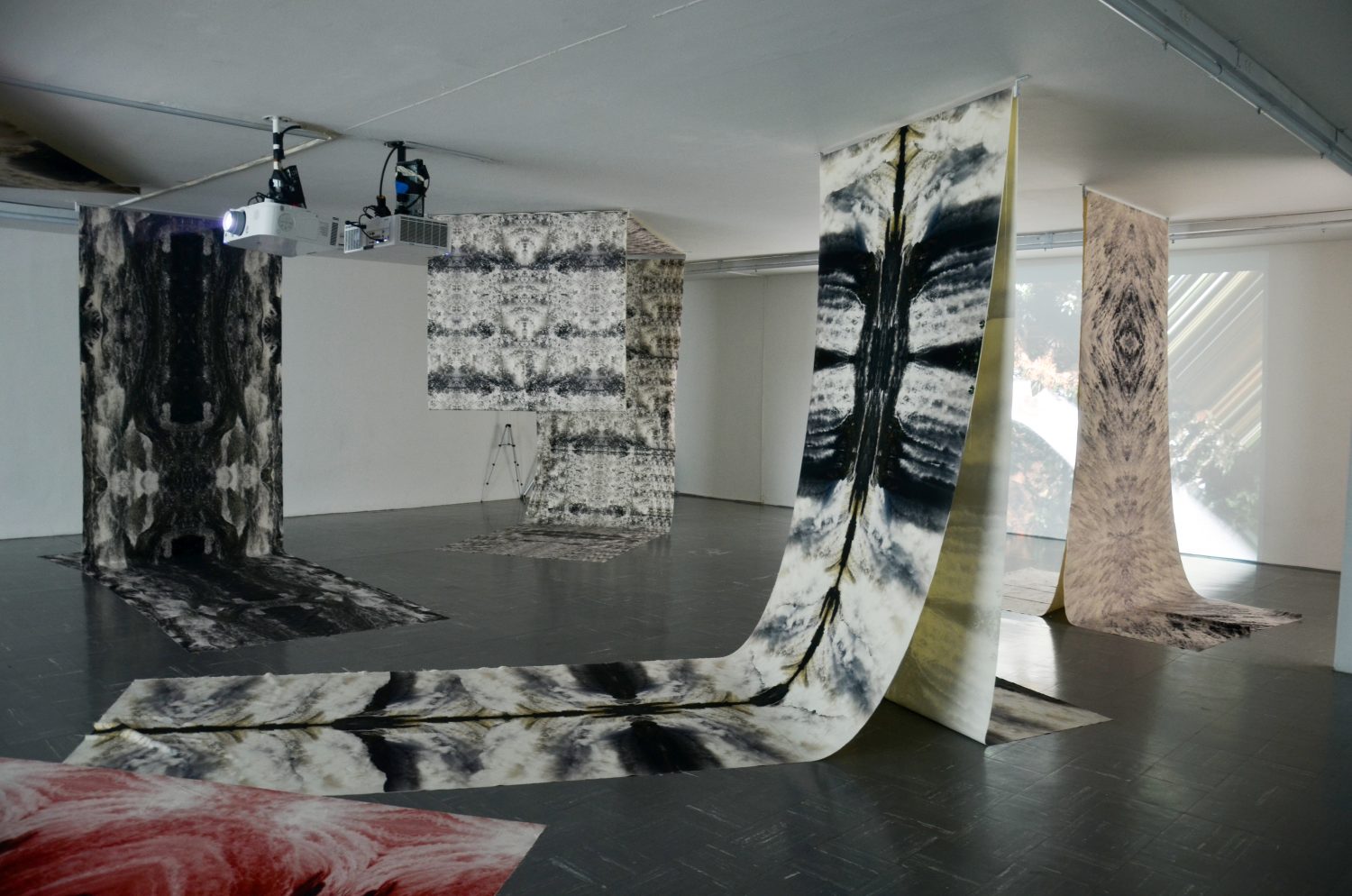 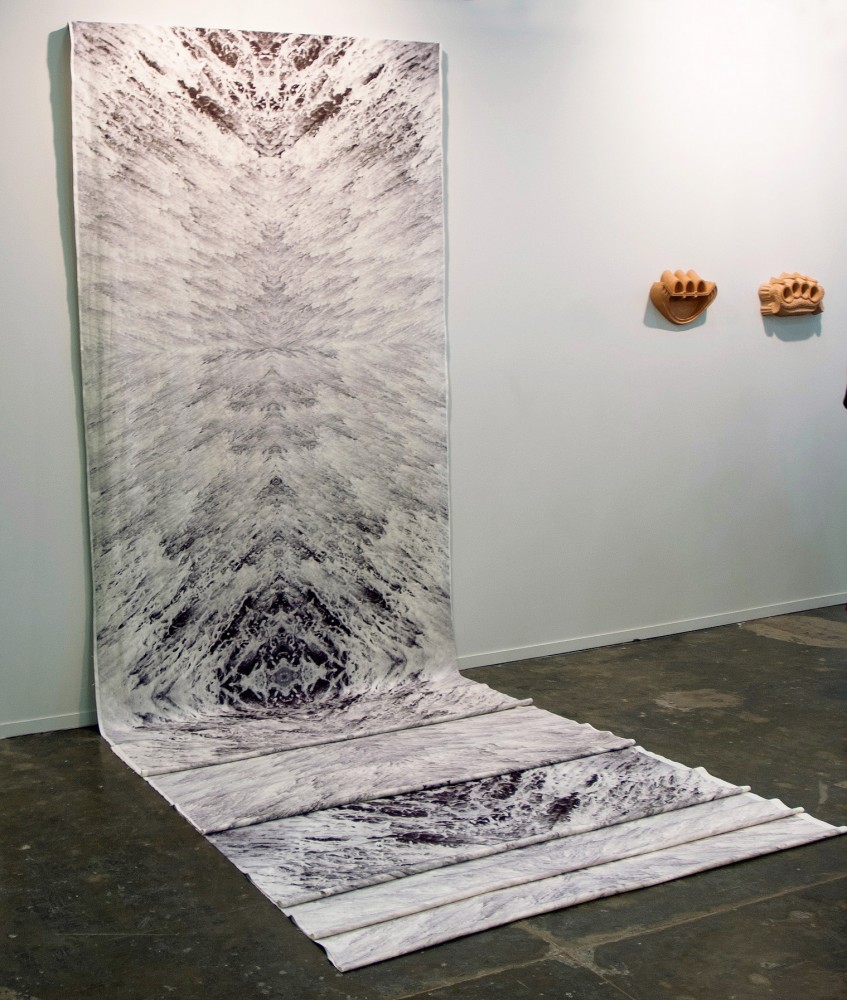 The image of flowing water unfolds, transforms , mutates until it constitutes a new disposition which  looks back and speaks to us. These new configurations  of  rivers and bodies of water landscapes, are  intended to expand the visual and mental space where water generates its own form, face, and its own particular voice. 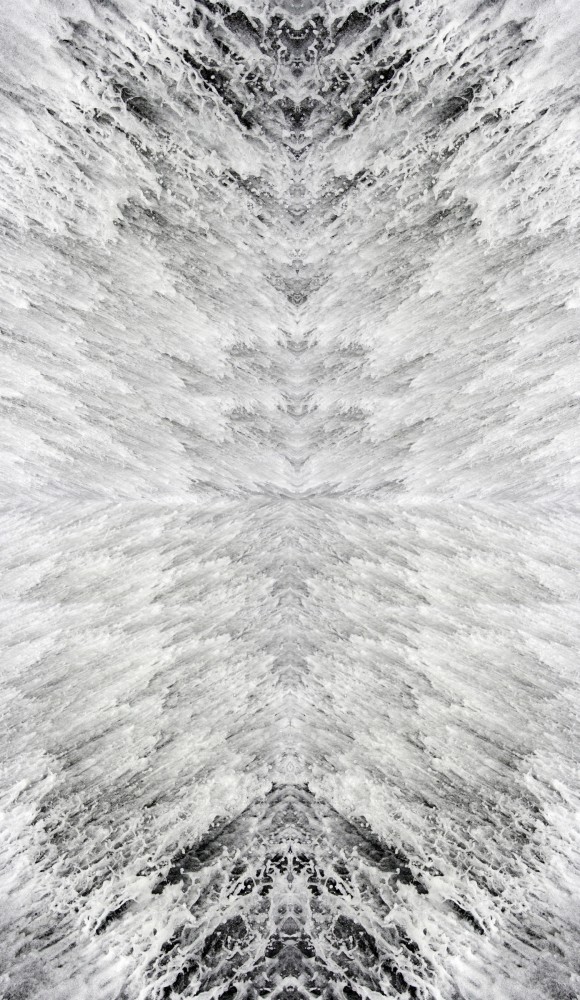 River and waterfall images are mirrored, altered and remixed to create a series of portraits that conjure bodies of water as living entities, and as active political agents in environmental conflicts, rather than resources for human extractivism. The fabric as surface becomes a fluid and malleable structure, that allows for diverse installation forms; it’s performative potential opens a space for interaction and experimentation, the Water Portraits can be wrapped around the body, submerged in water, hanged, stretched or crumpled among other actions.  The textile and cinematographic imagery builds upon indigenous medicinal and shamanic visions, inviting the viewer to experience and find their own images; calling for a decolonization of the gaze by un-learning euro-centric and patriarchal artistic formal formats, such as the landscape, a chance to challenge our relationship to ‘nature’. 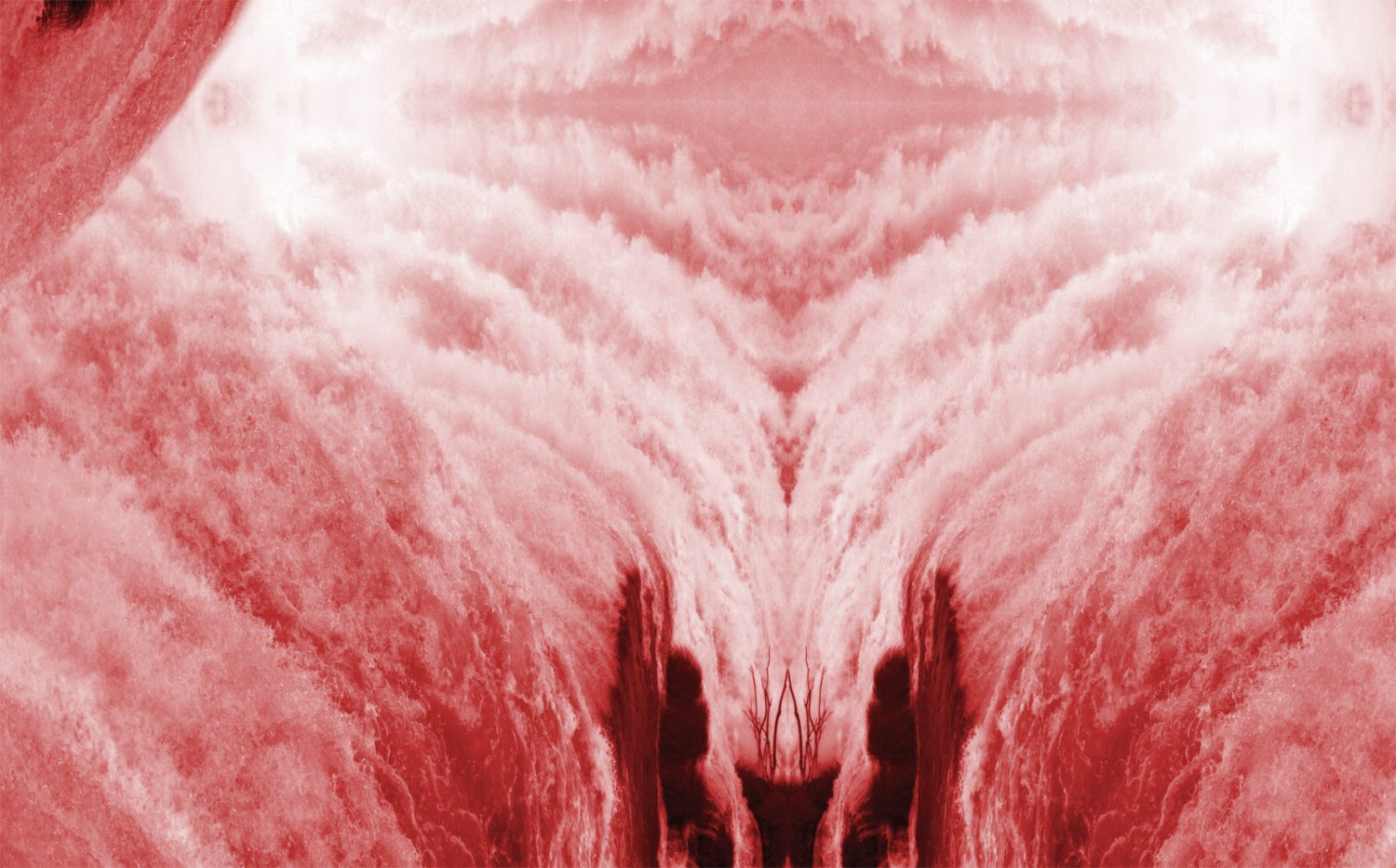 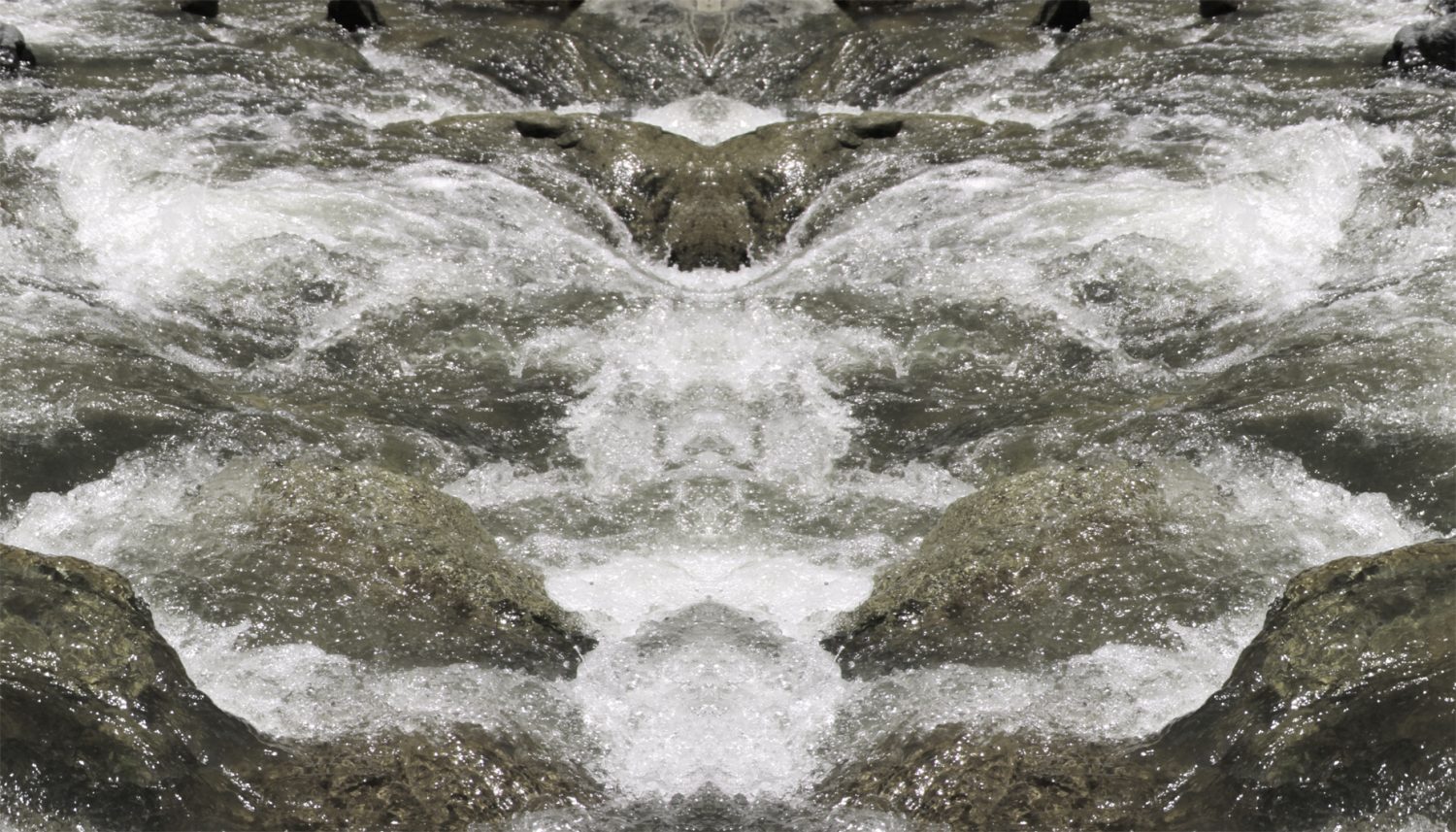